Ginkgo biloba is a large tree native to China, where it has been cultivated for a very long time. In China, Japan and on the Korean peninsula, there is a strong association between this species and both Buddhism and Confucianism, and Ginkgo biloba trees have been planted on sacred sites in this region since ancient times. Some of the oldest specimens growing at temples are believed to have been there for at least 1,500 years. 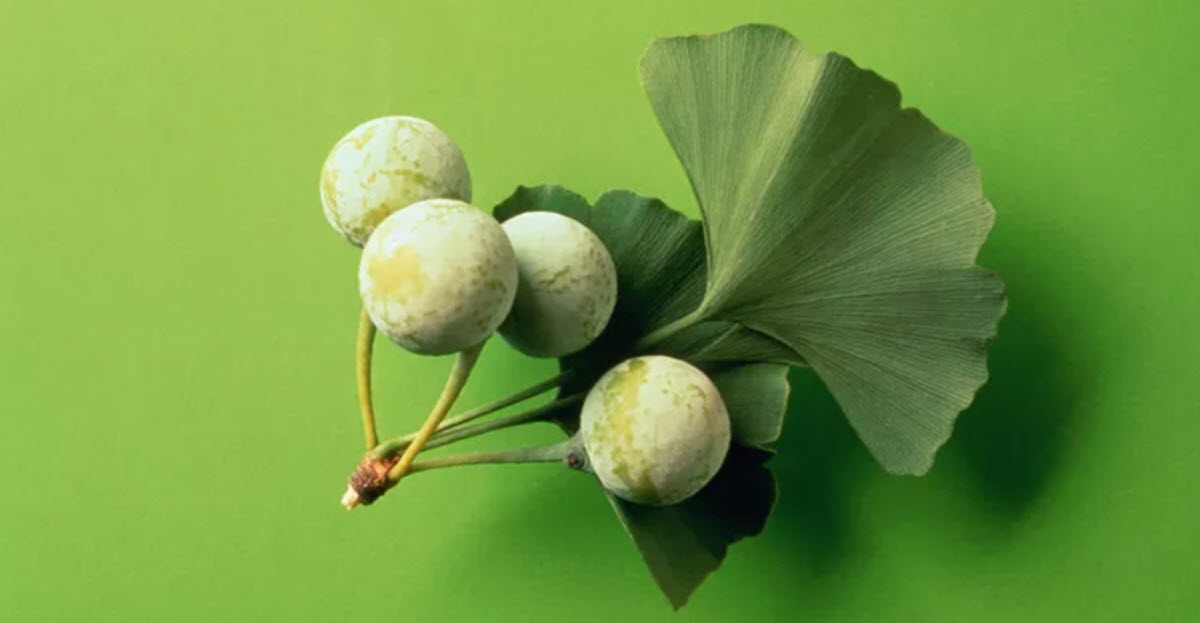 Ginkgo biloba also has a long history of being used for food and included in folk medicine in this region. In Chinese culture, there is a also a tradition of viewing ginkgo biloba as an aphrodisiac.

The first recorded use of ginkgo biloba in folk medicin is from 15th century China.

Ginkgo biloba is the only extant species in the genus Ginkgo and in the whole division Ginkgophyta. The other members of this division were extinct a long time ago.

Ginkgo biloba is sometimes referred to as a “living fossil” since fossilized remains of this species, formed by threes that grew 270 million years ago, are extremely similar to today´s Ginko biloba trees.

In English, this tree is called Maidenhair tree, but the scientific name Ginkgo biloba is also widely used in English texts.

The leaves of the Ginkgo biloba tree resemble some of the pinnae of the famous Maidenhair fern (Adiantum capillus-veneris), hence the English name Maidenhair tree.

In 2016, Chinese researchers published a draft genome of Ginkgo biloba. This showed that the species have a large genome of 10.6 billion DNA nucleobase “letters”. (The human genome consists of 3 billion.)

A remarkable tree that shows little effects of aging

In 2020, a Chinese study of gingko trees up to 667 years old highlighted how these trees show little effects of aging. They continue to grow and display no genetic evidence of gradual deterioration of functional characteristic. 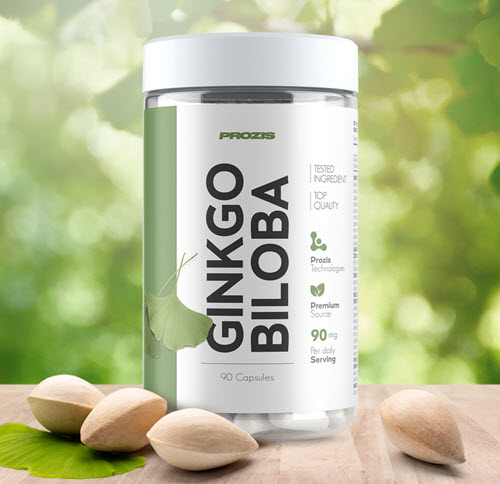 The gametophytes inside the seeds of a ginkgo biloba tree are rather similar to nuts and are eaten in many parts of Asia. In China, ginkgo biloba gametophytes are often included in congee made for celebrations, such as weddings and the Chinese New Year. Congee is a type of rice gruel or porridge, which can be served as a side dish or as a meal on its own, depending on what you add to the rice. During the Chinese New Year celebrations, congee with gingko is typically served as a part of the vegetarian dish “Buddha´s Delight”.

In Japan, cooked ginkgo seeds – which ware called ginnan in Japanese – are a popular addition to eat alongside other dishes. They are also often included in chawammushi, an egg custard dish with savory ingredients served hot or cold.

In Thailand, ginkgo seeds combined with boiled coconut flesh is served as a dessert.

Use of ginkgo biloba in contemporary alternative medicine

It is frequently claimed to promote cognitive function (includng memory and attention), allthough no such effect has been scientifically proven.

Does gingko biloba prevent or slow the onset of Alzheimer?

Ginkgo biloba extract has been studied for its role in preventing or slowing the onset of Alzheimer’s disease. Results have been mixed.

Dried ginkgo biloba leaves have been shown to contain many different types of phytochemicals, including:

Ginkgolides are biologically active terpenic lactones present in Ginkgo biloba. There are several types of ginkgolides, of which the most aboundant one in Ginko biloba bark is ginkolide A.

The class of ginkgolides was first isolted from the tree in 1932, and it took until 1967 before structural elucidation was accomplished.

Bilobalide is a biologically active terpenic trilactone present in Ginkgo biloba. It is one of the main constituents of the terpenoids found in Ginkgo biloba leaves, and can also be found in very small amounts in the roots of the tree.

For more information about the possible neuroprotective effects of bilobilade:

Gingko biloba leaves and the sarcotesta also contains gingkolic acids which are known to be highly allergenic.

Gingko biloba leaves and the sarcotesta contain bilobol, a substance similar to the urushiols present in the plant poison ivy. If you have had a strong allergic reaction to poison ivy in the past, caution against gingko biloba is warranted. In Germany, the levels of bilobol in pharmaceutical preparations are not allowed to exceed 5 ppm.

If the gametophyte of the Ginkgo biloba seed is ingested in large quantities over an extended period, poisoning can occur. The poison is ginkgotoxin (4′-O-methylpyridoxine) is a neurotoxin naturally occurring in Ginkgo biloba.

Gingkotoxin is an antivitamin (a substance that counteracts a vitamin) and it is structurally related to vitamin B6 (pyridoxine).

Among other things, ginkgotoxin can induce epileptic seizures.

You can find out more in our article about ginkgotoxin.

Ginkgo biloba ingestion can have undesirable effects for individuals with blood circulation disorders and for those taking anticoagulant medication or antiplatelet medication (such as aspirin).

Online casinos make it possible to play casino games such as slots, roulette and baccarat from your home or anywhere else.  The online casinos usually offer you better odds than those you find in a  classic casino.  This means that you are more likely to win money in an online casino.  Online casinos feature very large jackpots and you can win more than USD10 000 000 in a single span.