The Ginkgo biloba tree is often referred to as a “living fossil” because the fossilized remains that we find are so very similar to the trees that live today. The oldest known fossils recognisably related to the modern ginkgo are from the Permian and dates back to 270 million years ago. 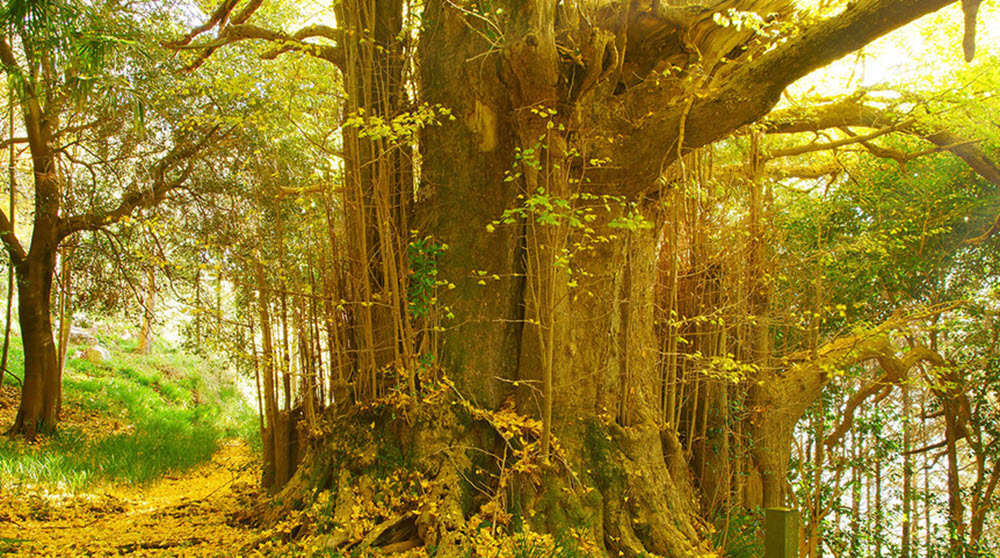 Ancestral group for the order Ginkgoales

We still know very little about the origins of the order Ginkgoales, but an educated guess is that these plants developed from the order Peltaspermales in the division Pteridospermatophyta. The Pteridospermatophyta plants are the so called “seed ferns” and they are all extinct. The closet living relatives are the members of the class Cycadopsida. Just like the Gingko biloba tree, the Cycadopsida species have motile sperm.

The rise of the genus Gingko

The oldest known fossils that aren´t just related to the modern gingko but actually ascribed to the genus Ginkgo are from the Early Jurassic epoch. This epoch started right after the Triassic-Jurassic extinction event (201.3 million years ago) and continued until the start of the Middle Jurassic (174.1 million years ago).

During the Middle Jurassic epoch, the genus Ginkgo diversified and spread throughout the Laurasia landmass. Laurasia, which was a part of the supercontinent Pangaea, was located north of Gondwana.

Decline of the genus Ginkgo

As the Cretaceous period progressed, the Ginkgophyta declined in diversity. The Cretaceous period lasted from about 145 to 66 million years ago, and when it gave way to the Paleocene almost every Ginkgo species had gone extinct in the Northern Hemisphere. One notable exception was the Gingko adiantoides. There is also the Gingko gardner which grew in Scotland during the Paleocene, and which might have survived into the Cenozoic. In the Southern Hemisphere, another Gingko species persisted during the early Paleocene, but we know very little about it.

The Cretaceous period was a time when the flowering plants started taking up more and more room, and ferns, cycads and cycadeoids became more rare than before. It is believed that flowering plants gradually displaced nearly all the Ginkgo species.

Only left in China

By the end of the Pliocene epoch, Gingko plants seem to have disappeared completely from the world, except for a small part of what we today know as central China. This is where the species Ginkgo biloba survived. Pliocene was an epoch that extended from crica 5.33 million years ago to 2.58 million years ago.