The IUCN has classified the Ginkgo biloba as Endangered (IUCN 2.3).

How tall is the ginkgo biloba tree?

The ginkgo biloba tree develops an angular crown and is known for its long branches, which often grow in a rather erratic fashion. Young trees are normally tall and slender, and only sparsely branched. The crown then grows broader as the tree grows older.

The ginkgo biloba tree develops deep roots in the soil wherever its possible. In such conditions, the trees tend to become well-anchored and are very resistance to wind damage and snow damage.

Ginkgo biloba also have the ability to form aerial roots.

Ginkgo biloba trees can be very old, and there are several examples of ginkgo trees growing at temple sites that are believed to be at least 1,500 years old. Some individual specimens are claimed to be more than 2,500 years old, but these claims remain dubious.

The logevity of the ginkgo biloba trees is attributed to a combination of factors, including:

The leaves of the ginkgo biloba tree are very distinct. They are fan-shaped, and often deeply groved in the middle of the leaf. The second part of the species name, biloba, is derived from the two lobes formed by this grove. Exactly how deep the grove is vary from one leaf to the next. The ventilation pattern is open dichotomous. At the base of the leaf, two veins enter the leaf blade, and they then fork into two over and over again, radiating out into the leaf.

The leaves are green and have stomata on both sides. 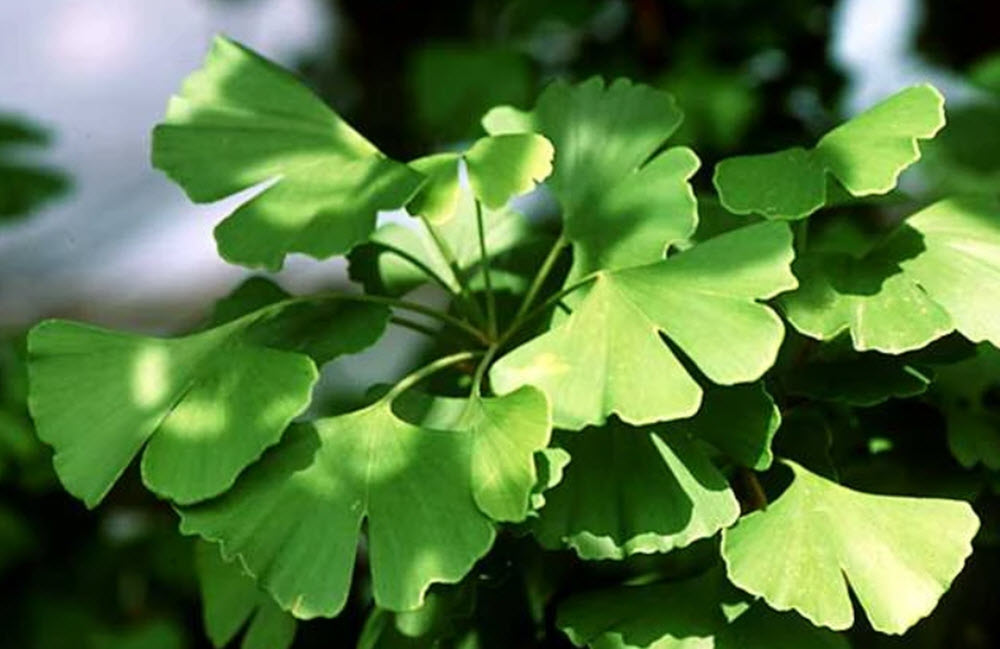 How large is a ginkgo biloba leaf?

If we look closer at the ginkgo biloba tree, we can see that there are actually two types of leaf production going on here. This is because special short shoots (spur shoots) can develop on second-year growth. These spur shoots are known to grow very slowly compared to normal long shoots, sometimes just a centimeter in several years. The presence of spur shoots allow the tree to form new leaves in older parts of the grown. After a number of years, a spur shoot can develop into a normal long shoot (a more rapidly growing branch tip).

Is ginkgo biloba a deciduous tree?

Yes it is. In fall, the leaves become bright yellow and then fall off. The trees look strinkingly beautiful in fall, since the leaves are of a deep saffron yellow.

Ginkgo biloba is a dioecious species; some trees are male and some are female.

Sarcotesta is the name fo the seed´s soft and fleshy outer layer, which is light yellow-brown in colour. When it has fallen from the tree, it can quickly develop the same smell as rancid butter, because it contains butyric acid.

Inside this outer layer, you will find the sclerotesta (“seed shell”) and the papery endotesta. The nucellus surrounds the female gametophyte at the centre.

Embryos usually form in the seeds just before or soon after they fall from the tree.