Most plants and trees growing in the blast zones were killed by the atomic bombs dropped on Hiroshima and Nagasaki in 1945, but some trees managed to survive and they became known as hibakujumoku. In Japan, these amazingly durable trees is a strong symbol of resiliance in the face of adversity. 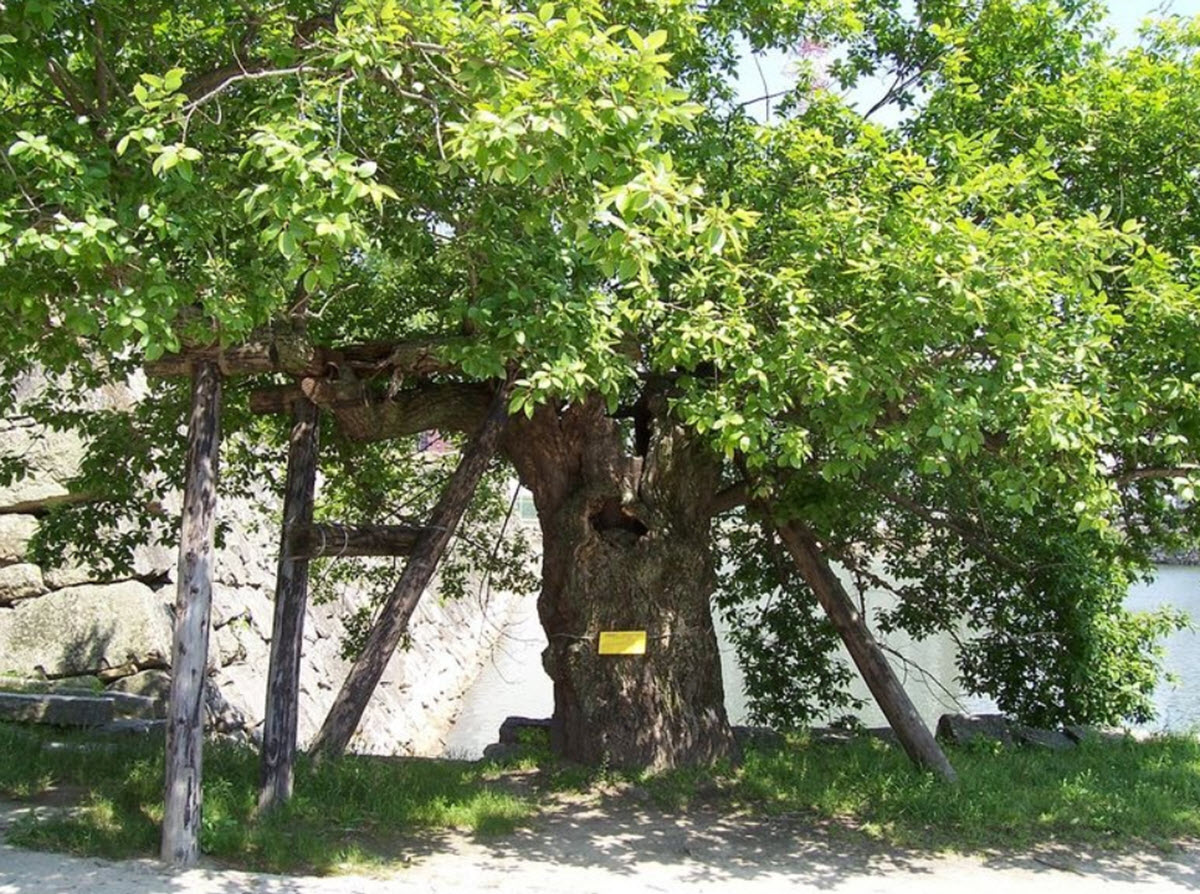 Among the hibakujumoku are six Gingko biloba trees that survived the blast in Hiroshima despite growing just 1-2 kilometres from the epicentre. Most other plants and animals in this area were killed by the bomb, but these six gingko trees survived – although charred. At the time of writing, all six trees are still alive. Four of them are located at the temples Housenbou, Anraku-ji, Myōjin and Jōsei-ji, respectively. One tree grows in the Shukkei-en garden and the final tree is found on the site where the Senda Elementary School used to be (not far from the Miyuki-bashi station).

The ginkgo tree is the Shukkei-en garden was planted around the year 1740 AD, the one at the Housenbou temple was from 1850, and the Jōsei-ji tree was 45 years old when the bomb was dropped.

It is amazing that some trees managed to survive despite growing closer to the hypocenter than three kilometers, because the heat emitted by the explosion in Hiroshima within the first three seconds at a distance of three kilometers from the hypocenter was roughly 40 times greater than that from the sun. At the hypocenter, the initial radiation level was circa 240 Gy. The portions of trees and plants that grew underground were protected from the blast by the soil, and was therefore not directly damaged.

Hibakujumoku exist in both Hiroshima and Nagasaki, but the ones in Hiroshima tend to be more famous. A survey shows that by 2011, the city of Hiroshima still had 170 trees that were older than August 6, 1945. For Nagasaki, roughly 50 trees that survived the blast in the vincinity of the hypocenter have been documented in English.

The hibakujumoku trees belong to many different genera and species.